The Mediterranean Studies program at the University Center for International Studies provides Pitt students and faculty with the institutional support and organizational structure to examine issues and themes across the Mediterranean world over a broad chronological span – from Antiquity to the present. The interdisciplinary certificates offered by the European Studies Center contextualize the ideas and ideals of Mediterranean cultures past and present and examine the influence of those ideas outside of the region. The regional designation of the Mediterranean allows for an exploration of the interconnectedness of North Africa, the Levant, Anatolia, Southern Europe, and the Balkans.

Area studies of the Mediterranean region invites comparative studies in Religious Studies, History, Political Science, Economics, and Philosophy, among many other departments. Students can study the origins of three of the world’s major religions--Judaism, Christianity, and Islam--and trace their subsequent spread and related diasporas of peoples.  As a complement to the research priorities of the Department of History, Mediterranean Studies allows students to organize a transnational and comparative study of empires across time in a limited space, including:  the Persian, Roman, and Ottoman Empires, and the modern European empires of France, Spain and Italy in the Maghreb and Middle East. Thematically, students can pursue the study of conflict and conflict resolution through a comparative and geographically-conscribed lens that includes the Israeli-Palestinian conflict, as well as Turkish-Greek disputes over Cyprus, British-Spanish contests over Gibraltar, the wars in the Balkans, the World Wars, the French-Algerian War, and the Arab Spring, among others.  Studies of migration (both historical and contemporary), as well as nationalism (Corsica, Cyprus, Macedonia, Lebanon, Israel, for example), can be included under the banner of Mediterranean Studies.  Other potential intersecting topics include international trade, energy and environmental studies, and resource management, as well as the history of mathematics, astronomy, and philosophy, and literary and cultural studies of Medieval and Renaissance Europe and the Ottoman and Persian empires, among others.

The Mediterranean region is used as an organizing principle in research and academia, and this certificate allows students to construct a plan of interdisciplinary area studies coursework in a new and relevant way. In conjunction with other credentials and co-curricular experiences in a student’s academic plan, this certificate program helps students prepare for international careers in administration, policy, diplomacy, and business and complements graduate studies in policy, cultural studies, and a host of traditional disciplines.

Integrate an understanding of Mediterranean European history with the study of an official European language.

Details & Requirements
Request Information
You may also be interested in: 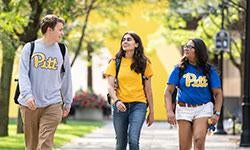 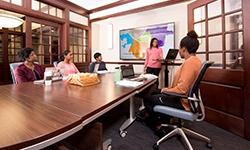